Since its establishment as Freedman Electronics in 1967 and subsequent rebranding as Røde in the 1990s, Røde Microphones has dedicated itself to producing quality mics at affordable prices. The Australian company has an international team of over 250 professionals over a number of disciplines, including electronics engineering, acoustics engineering, robotics, and more. With offices in Sydney, Los Angeles, New York, London, Shenzhen, and Seoul, as well as distributor networks in 117 countries, Rode has definitely proven its staying power.

Rode has worked on a number of popular microphones, including the NT1-A and the NT2-A. The company knows its strengths; both microphones are vocal microphones, and have sold thousands upon thousands of units worldwide. As an industry heavyweight, Rode is all about investing time, research, and effort into creating the best tool for capturing the human voice.

The company brings that goal up another step with the Rode Procaster, a professional-level broadcast microphone that’s immensely popular in the world of radio broadcasting, podcasting, and voiceover work. The Procaster has been around for years, but remains as well loved as ever due to a number of reasons. Find out what those reasons are in this Rode Procaster review below.

About the Rode Procaster Microphone 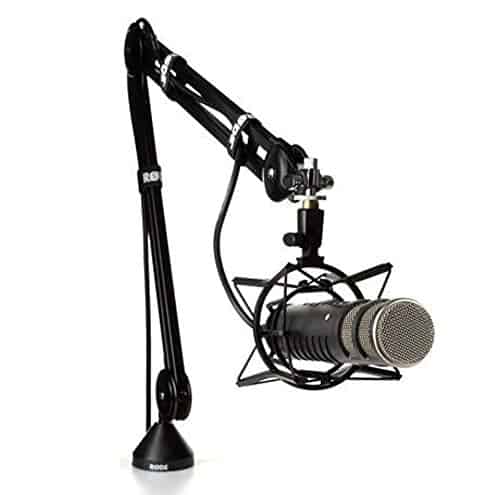 Finding the right tools is essential to giving the best performance, and nowhere is that more true than in the field of broadcast radio. While nobody wants or deserves a bad mic, broadcasters, podcasters, and voiceover talent need to be particularly careful because a mic can make or break their performance. With vocal work, you need to get up close and personal, and you need a mic that can do that well.

Thanks to the popularity of podcasting and a growing population of home studios, there are dozens of microphones out there that say they offer the best value for the cheapest price. However, none of them have been at the game as long as Rode has, and Rode Procaster microphones in particular have built up a reputation for producing incredible sound at the best price in the industry, especially for a broadcast mic. 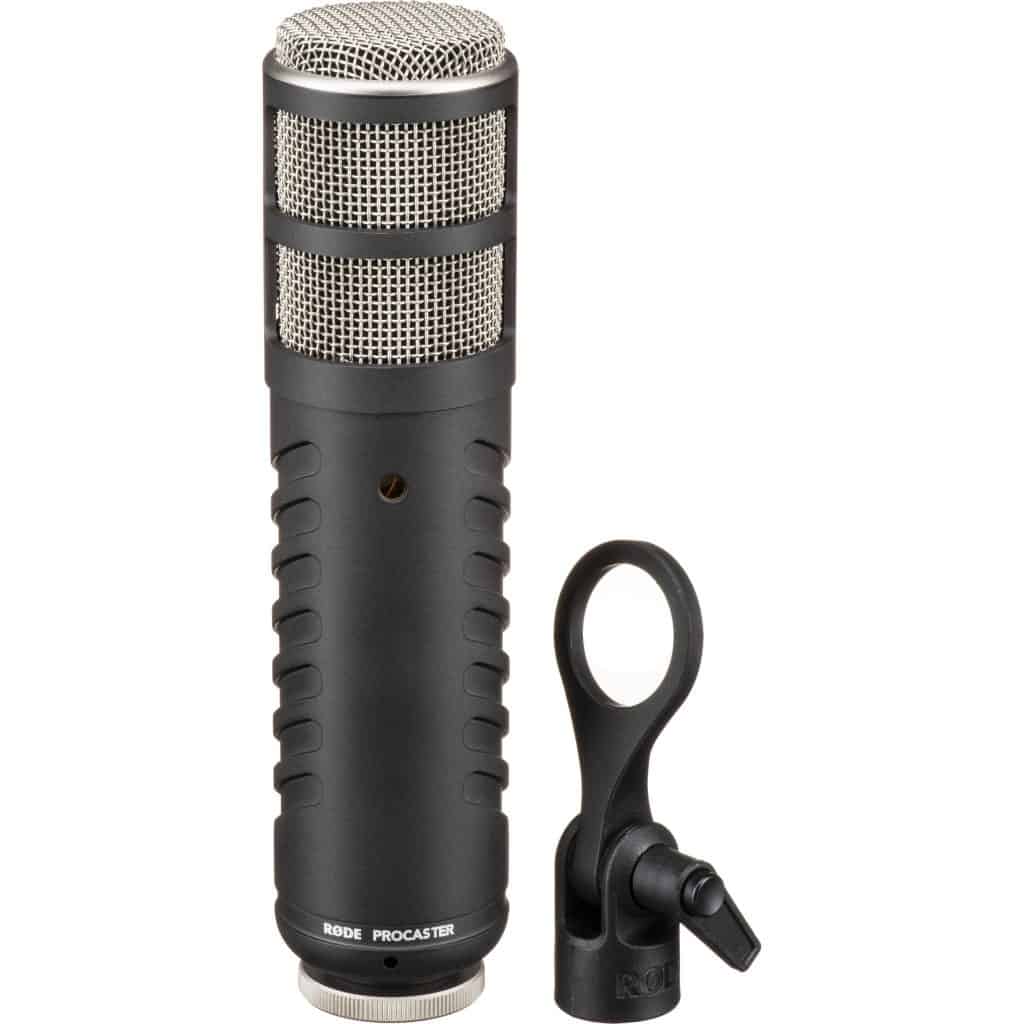 Rode released their first podcast-focused product in 2004, and since then have been churning out top quality mics for the industry. The company is passionate about creating the right products, and the Rode Procaster is no different. As a broadcasting microphone, the Procaster has absolutely set the bar for what modern-day radio broadcasting can and should sound like. Professional, affordable, and easy on the ears, the Procaster continues to make waves even years after its release.

If you’re looking for a microphone that’s built to last, then you won’t need to look any further. The Rode Procaster is solidly built, with a full metal body that can hold up to daily wear and tear in the studio and on the road. At around 745 grams (1.64 pounds), the Procaster is hefty, and requires a stand that can carry its weight. The microphone also has an internal shock mount that helps reduce vibrations, allowing for a cleaner sound and a longer lasting mic.

Designed to Work for You

Compared with other mics in its price range, the Rode Procaster has a lot to recommend it. The Rode Procaster broadcast dynamic vocal microphone has a cardioid polar pattern and end address, with side rejection that’ll help keep unwanted sounds to a minimum. It also comes with a ring mount that you can use to attach it to your microphone stand or boom mount, which means that you can seamlessly work it into any set up.

The Right Kind of Sound

As a dynamic microphone, the Procaster will help keep the focus on your voice while lending a warmth and liveliness that’s sure to keep your listeners satisfied. This radio broadcast microphone has a sound that’s detailed without being oversensitive, picking up on the nuances of your voice without unnecessary background noise. As broadcast microphones go, it lends a clean, natural sound to your voice. It also has a built-in pop shield, which will reduce those nasty plosives. Still, if you aren’t confident in your mic technique or just want to play it safe, it might be a good idea to invest in a pop filter.

The Procaster isn’t exactly plug-and-play, so you’ll need a preamplifier to get it up and going. The mic requires around 56 dB of gain for a good signal, so that’s another factor that you’ll have to keep in mind when shopping around for a preamp. And while the Procaster is good at noise rejection, it isn’t perfect, so you’ll need to sound-proof your studio to the best of your ability if you want your recording absolutely pristine.

Although the Procaster isn’t just a one-trick pony— it works pretty well with recording instruments, too— it was built for vocal work and that’s where you’ll want to use it. It does a great job in blocking out unnecessary background noise, and the in-built pop filter and shock mount do a lot in reducing plosives and vibrations for an overall cleaner sound.

With a professional-looking design, great engineering, a reasonable price, and a clean, natural sound, the Rode Procaster is definitely one of the best broadcasting mics on the market right now. Users won’t need to do any fancy post-processing when it comes to this one— just set up, start it up, and begin recording.

Where to Buy the Rode Procaster Microphone

Microphones have become popular, but even with a new vocal mic out every week not many mics can stand up to the Rode Procaster. You’re getting a natural, warm sound and great durability for a fantastic price. It’s no wonder they call the Procaster an industry standard. If you’re in the market for a good mic for radio broadcasting or podcasting, your search probably ends here. Find the best deals for the Rode Procaster Microphone here.

The Rode Procaster has been the standard for radio broadcasting and voice work ever since its release, and it's not hard to see why. Thanks to excellent noise rejection, a fantastic price, and a clean, warm sound, this mic has become a favorite for broadcasters all over the world.

Hailing from Chicago, IL - Ash made his break into journalism at the age of 23 writing music reviews for a local website. Now in his late 30's and after being pulled closer towards the technical side of the music and live gig industry, he founded Shout4Music to write thorough microphone reviews.