The Shure SM58 is the industry standard when it comes to mics for live vocal performances. It’s a handheld dynamic, cardioid mic that has graced stages everywhere from small towns in the American heartland to big cities in Asia. This legendary microphone has seen over half a century of use, and it has musicians and performers coming back to it again and again.

What makes the Shure SM58 such an enduring, classic microphone? What is it about this mic that has made it, along with the Shure SM57, one of the best-selling microphones in the world? If you want to take a deeper look at the Shure SM58 specs, and the SM 58 performance, then check out the rest of the review below.

About the Shure SM58 Microphone

To say that the Shure 58 is a legendary microphone might be a bit of an understatement. Ever since its release in 1966, it’s become an ubiquitous presence on stages and performance spaces worldwide. It is, quite simply, a mic that needs next to no introduction. Anyone who picks up the Shure SM58 microphone knows that they’re holding something of quality.

The popularity of the SM58 is such that it’s spawned a range of identical mics with additional features. Under Shure, there’s the Shure SM58s which comes with its own sliding on-off switch on the body, the SM58-CN which comes with its own cable, and the SM58-X2u kit consisting of the SM58-LC (no provided cable) and an inline X2u XLR-to-USB signal adaptor. There have also been a slew of imitations and homages to the classic black barrel and silver metal grille shape, but none hold up quite as well to the original. 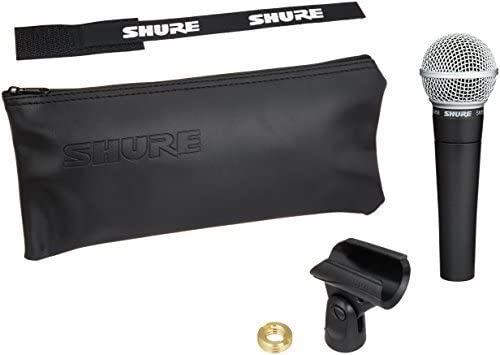 The Shure SM58 is a classic for a reason, and that reason is simple: it just holds up so well onstage. Its affordable price, easily replaceable parts, durability, and flattering sound make it a must-have for every touring performer’s arsenal. Its cardioid pick-up pattern easily blocks out unnecessary ambient noise, and the microphone’s overall design is simple but effective.

Probably the most important trait that any mic that’s taken on the road should have is durability. The Shure SM58 is especially famous for this. Sure, you’re not going to be using it to hammer in nails, but it’s certainly going to hold up to wear and tear over the years. There’s a host of parts that are readily available on the Shure website in case any section of the mic needs replacement. The SM58 is also designed with an internal pneumatic shock-mount system that reduces vibration-induced noises, making it handy for stage use.

While the Shure SM58 might not be the pinnacle of audio quality, it’s fantastic for the price. Much of the microphone’s popularity is due to its performance, which offers users great clarity and a warm, natural midrange. The SM58 frequency response is 50Hz to 15kHz, a range that is optimized for vocal performances. It has a sloping bass attenuation from 40 to 100Hz to combat the proximity effect, and this also allows users a bit more freedom in editing in post-production. When using in a controlled environment, you might want to use a pop filter to reduce plosives and save yourself time in the editing room.

How to Use Shure SM58

Like many dynamic vocal microphones, the Shure SM58 requires an XLR cable and a recording interface. It doesn’t require phantom power so you won’t be needing a preamp, but you can use it with a voice recorder or multi-input guitar amp. Simply plug the XLR cord into the microphone, and then plug the other end of the cord into your amp, turn on power, and you’re good to go. If you’re planning to do some editing on the computer, you’ll need an interface with an XLR input.

How Much is a Shure SM58 Microphone

The Shure SM58 is popular because of its affordability, which paired with its great performance and durability make it a fantastic deal. The Shure SM58 on its own will typically retail for a little under USD$ 100, although that price can change depending on the additions included with your package.

The Shure SM58 is an industry standard for a reason. There’s no other mic that’s as popular and well beloved onstage. While the SM58 can be used in a variety of different vocal applications including podcasting, it offers the best value when it’s used in live performances. With its warm, natural sound and richness, it offers most voices the best possible performance. No wonder it’s been a decades-long favorite for performers all over the world.

With a reputation for durability and a solid build, as well as its consistent performance over the years, there’s no question that the Shure SM58 has earned its stars. Thanks to its affordable price and readily available replacement parts, this mic has been a feature in mic lockers for generations, and is every performer’s best friend. Whether you’re a vocalist, a comedian, or an inspirational speaker, this mic is going to give you a great performance onstage.

Where to Buy the Shure SM58 Microphone 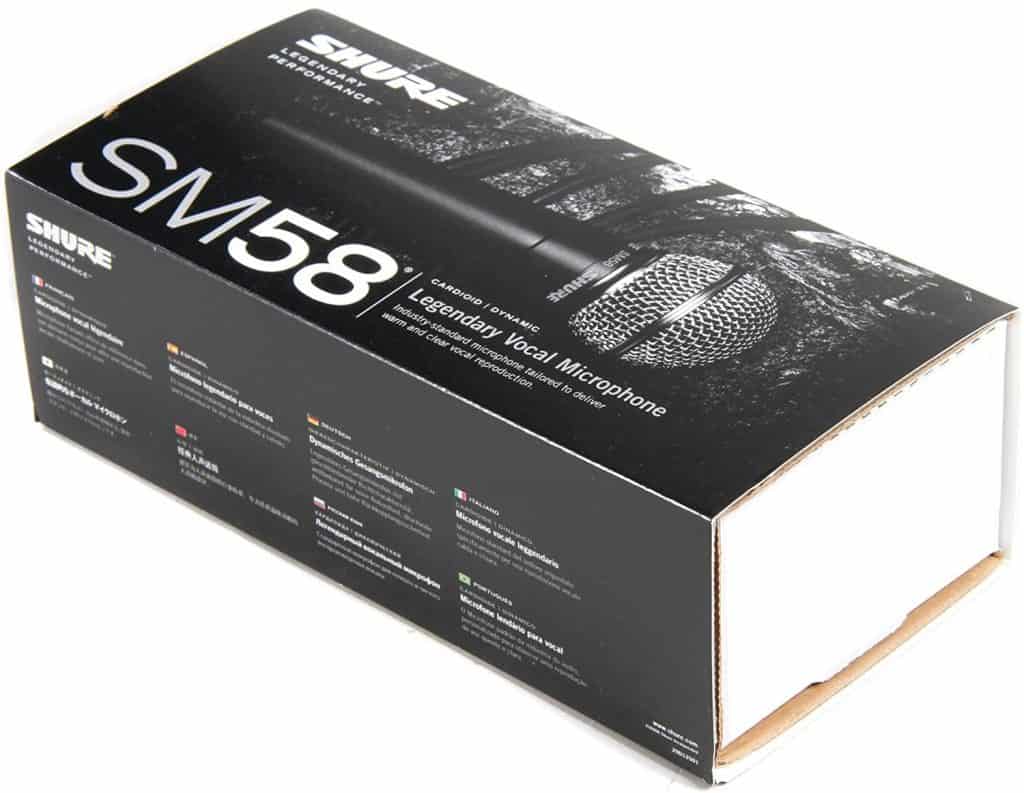 To sum it all up, the Shure SM58 is popular for one reason: it works, and it works well. Tough, classic, and with a rich and natural performance that many vocalists will love, there’s simply nothing better for a live performance. Find the best deals for the Shure SM58 Microphone here.

If there's a mic that defines "classic", it's the Shure SM58. Sturdy, affordable, and great in live performances, it's an industry standard for a very good reason. Buy this and you'll find a mic that's stood the test of time, with great value for the price.

Hailing from Chicago, IL - Ash made his break into journalism at the age of 23 writing music reviews for a local website. Now in his late 30's and after being pulled closer towards the technical side of the music and live gig industry, he founded Shout4Music to write thorough microphone reviews.